The British Fireworks Championship is a regular annual event held on the Plymouth Hoe (a stones throw away from the Barbican). Thousands of people fill the Hoe seafront to view the spectacular sights as the top professional firework companies compete to be crowned the British Firework Champion. This is one event you don’t want to miss! 🙂

Photos from the British Firework Championships 2013

The most anticipated event in the city’s annual events calendar will see thousands of spectators heading up to the Hoe for two evenings of entertainment culminating in spectacular fireworks displays from six companies seeking the coveted title of British Firework Champions.

The companies, in order of firing are:

The event can be viewed from Plymouth Hoe with entertainment starting from 6.30pm with live music from the Heart Radio stage as well as fairground rides and refreshment stalls. The first firework displays will start at around 9.30pm each evening as dusk arrives.

The multi-storey car park behind the National Marine Aquarium and the nearby Barbican lock gate will be open until 11pm. Most of the city centre car parks will be open until midnight, but with tens of thousands of people expected to attend the event, they are likely to be very busy and the council is advising that members of the public use public transport and park and ride wherever possible.

An extended parking area will be available on the Hoe promenade for blue badge holders, but spaces will be taken on a first come, first served basis. Access will be via Elliott Street entrance to the Hoe promenade from 5.30pm (Madeira Road and Hoe Road will be closed on both days between 1pm and 11pm with some ‘No Parking’ restrictions from 8am).

Special park and ride services are being provided especially for the event by First, who will be running regular buses from the George Junction, Milehouse and Coypool on both nights.

Buses will run into the city centre every 15 minutes, with the last inbound services leaving Coypool at 8.45pm and the George at 8.30pm (picking up at Milehouse at 8.45pm). After the fireworks there will be frequent buses leaving Royal Parade from 10.15pm onwards (stop A11 for Coypool and stop A12 for Milehouse and the George Junction).

A family ticket for up to 2 adults and 3 children will be £4.70 from the George Junction, £3.90 from Milehouse and £4.30 from Coypool. Single, return and special concession tickets are also available. Free concessionary rates are not valid on the park and ride services from 6pm.

Please note: Plymouth Argyle has a home match on Tuesday evening so parking will be limited but buses will still be running from Milehouse.

Text and vote for your fireworks champion 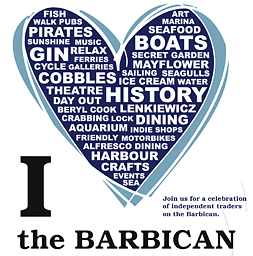 The Plymouth Shop – Everything Plymouth

Shop for the One Plymouth Cups, Bottle and other great Plymouth based items!

This website uses cookies to improve your experience while you navigate through the website. Out of these cookies, the cookies that are categorized as necessary are stored on your browser as they are essential for the working of basic functionalities of the website. We also use third-party cookies that help us analyze and understand how you use this website. These cookies will be stored in your browser only with your consent. You also have the option to opt-out of these cookies. But opting out of some of these cookies may have an effect on your browsing experience.
Necessary Always Enabled
Necessary cookies are absolutely essential for the website to function properly. This category only includes cookies that ensures basic functionalities and security features of the website. These cookies do not store any personal information.
Non-necessary
Any cookies that may not be particularly necessary for the website to function and is used specifically to collect user personal data via analytics, ads, other embedded contents are termed as non-necessary cookies. It is mandatory to procure user consent prior to running these cookies on your website.
SAVE & ACCEPT